Usually, the stars in the night sky can speak to you in silence more effectively than an astronomer telling you about them. Anyway, with the increase in the city pollution, I hardly get to see a constellation of stars at night. The smoke seems to blacken the sky.

I consider myself lucky if I can spot a series of stars without blurriness.

I was reading When I heard the learn’d astronomer, a poem by Walt Whitman.
The poet says that the wonders of nature cannot be revelled through classroom lectures rather one has to experience them by oneself. He finds it tasking to be attentive to an astronomer trying to explain the formation of stars using charts and diagrams. 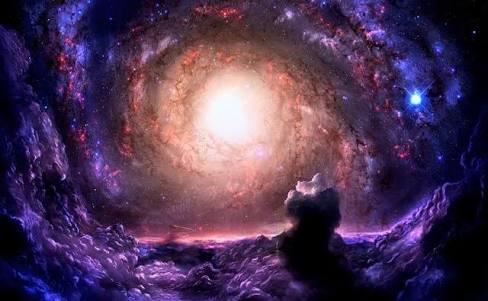 A calibrated telescope can give the configuration of the stars. Yet it’s the naked eye which can admire the perplexing beauty of the stars. It is when the poet wanders outside the confines of the classroom and breathes in the moist night air and looks up at the sparkling stars, they hold a deep meaning.

Facts elucidated bored him but when he captured the stars spread out in the sky with his eyes, he learnt to marvel at them.

Do you realise how mechanical understanding of the universe can steal the awe with which people look at it ?There is something mystical in not robotically comprehending things and immersing oneself in the glory of the spectacular nature.
Appreciation goes away once you know where things stand in the universe. The fun is in pondering and drawing your own judgements about the universe than getting a scientific explanation from anyone.

I have shared the same soporific feeling as the poet listening to a talk delivered by a professor on an interesting subject in my school days. I hated physics maybe because I wasnt keen on knowing that light refracts when it passes from one medium of different density to another. It bore no relevance to my existence. Probably I wanted to witness it for myself. I rather enjoyed reading the same phenomena years later when I came across a photograph on BBC Knowledge.
It showed a kingfisher catching its prey using the technique of refraction of light.

I found it amusing and became more interested in the phenomena. The word ‘Refraction’ gained a different proportional importance in nature than what I learnt in school. I could actually see that it’s not just a scientific jargon rather the bending of light meant sustenance for a species.

Sometimes when we come across new concepts or ideas surrounding natural phenomena effortlessly on our own, they mean much more to us. Learning sucks the beauty out of things. One needs to feel science than just memorize or pay heed to yawn producing lectures in class.

3 thoughts on “A lesson in nature”